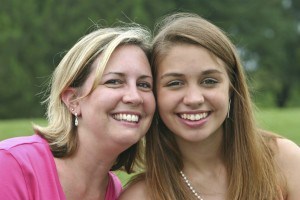 If you’re the parent of a teen, you know the ups and downs, the arguments, and sometimes the rebellion that comes with it. As an adult, it’s hard to relate to teens, but even harder to get them to relate to you. When you want to talk, they don’t. When they want something they seem more than willing to do whatever it takes.

If this is your first teen son or daughter, you might be frustrated. If you’ve been through it before, you’ve learned a thing or two. How to get your child to talk openly without pushing too hard. Knowing where they are and who they’re with without spying on them or their friends. You’ve learned the balance of give and take; allowing your kids to have freedom, but also taking responsibility for their actions.

So what if you’re new to this game, and need some pointers? We’ve come up with 5 myths that parents of teens have busted, and often use to their advantage.

It is possible to be a friend and a parent to your teen, just normally not at the same time. Most kids will learn to respect their parents, and others, when they feel respected as well. Always explain to your kids that, like with your adult relationships, the relationship between you and him or her must be one of mutual respect, trust and honesty. Try to be fair, and firm when necessary. The best part is that if you can at least sometimes be friends with your teen, you have already started the basis for a healthy relationship for when your teen is an adult.

First, the friends that your child chooses are often like him. Kids tend to hang out with other kids that they have things in common with, and find fun. Second, if your child is being influenced by his friends, can’t the same be true of his friends being influenced by him? For the most part, you are able to influence your child, teen or youngster, more than anyone else. That doesn’t mean you shouldn’t know, and monitor, who your kids spend time with. Just remember that they can make their own choices, and cannot be let off the hook for their actions.

When it comes to interrogating your kids, being indirect will almost always pay off. It’s not that you can’t ask questions, it’s that often you have to ask leading, open ended questions. For example, if you want to know about the boy your daughter is interested in, it might be best to ask about how the dance went, rather than ask if said boy was there and if he talked to her.  Your best bet to get your teen to open up is to act interested, but not push too hard.

4. Teens are Addicted to Technology

It seems that most people today, not just teens, are addicted to technology. Whether that be phones, computers or tablets, we often just can’t put them down. And teens are not the only ones. But when we look at what teens use their phones, and technology in general for, we see that they are really just connecting with each other. Facebook, Twitter, texting and even video games are all people connecting with one another. Of course it’s still very important to have face to face conversations with your teen, and them with others, using technology is just another way to keep in contact.

5. Teens Need and Want to be Totally Independent

As much as your teen wants to become her own person, and might claim to be nothing like you, they in fact very much need your support and understanding, and according to your mother, might be exactly like you! In the US, our culture is to push our children to be independent adults, but how many of us don’t need our family and friends in our lives, at times of need, but also during times of joy? It is in our nature to be social, and to share our joys and sadness with others.

Parenting a teen can be extremely difficult at times, but also very rewarding and fun. During difficult times, it is often best to think about when you were a teen, and how hard it all seemed. Most of us felt misunderstood and sometimes stressed. The more you are able to relate to that feeling, and convey this to your teen, the more chance you have of creating a strong, healthy relationship with them. It’s often not about books or myths or trends, but just about being a good role model, understanding and honesty.