Summer Camps Every Parent Should Know About

HomeBlogBlogSummer Camps Every Parent Should Know About 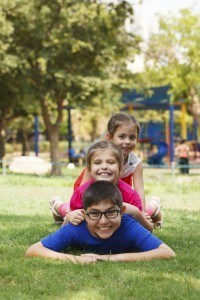 In the United States, summer camps began to make their appearance way back in the 1880s. The idea then, as it still is now, was to get kids back to nature. To provide them with a woodsy, nature-like atmosphere and get them away from urban life. Even that far back, kids and teachers believed that children needed to reconnect with the wild, learn about the environment around them, and get together to build new relationships.
Today, camps have evolved into just about any variety you can think of. Kids can attend camps that relate to sports, hobbies, academics, music and religion. They can go to camp for a few at hours a day, or a few weeks at a time. There are camps in the woods, at lakes, and at schools. Often the overnight camps are a children’s first experience staying away from home for more than just the day. We would like to hit on a few of these camps, some that maybe kids and parents are a bit less familiar with (besides the typical scout camp or sport camp).

There are colleges in different countries that offer students the ability to stay at the college during the summer and take educational courses. Students are typically in high school, in grades 10-12, and often can use the courses they take as college credit after high school graduation. Often, the credit given to students is accepted at many other schools in addition to the school they spent their camp time at. These type of camps are a great way to get students not only prepared for the type of course work they will encounter in college, but also the experience of living away from their parents in a more adult-like atmosphere. Some non-college credit camps also exist, with students often being selected to attend. They often focus less on academics and more on broad overarching topics.

These camps are designed to introduce children to subjects that they may have never heard about, or are not offered in school. Topics like cooking, specific fitness programs, photography, and even scuba diving are taught. These are not-for credit courses, and often have little overlap with the curriculum that the student has at their school.

More specific to college credit camps, tech camps focus on education in technology. The camp itself is not designed for older students, and so college credits are not the focus. Instead, they are designed to interest kids of all ages in the technology field. They are often held on college campuses, but allow kids from many different ages to attend. The tech fields often focused on are web design, game creation, robotics, and programming, just to name a few.

Given that we are now a global economy, and it is easier than ever to get to just about any part of the world in a day, camps have been created to teach not only language, but the culture of foreign countries. These camps are often hosted by high schools, but some colleges as well. They focus on teaching younger children languages that will be of use to them as they grow up, and also the culture and ways of different peoples from around the world. These camps can also fill the gap between what languages are offered in high schools in the US, and which are not. Camps in Asian and Middle-Eastern languages are more common given that these countries’ languages are mainly not taught in US schools.

We all know that band camps have been around for quite some time, but many do not know that art camps are also available to kids. Many of these camps integrate different types of art, such as theatre, speech, debate, visual arts and even magic. Some are more specific and only focus on one type of art. The level at which a child is at in their art can also determine which camp is best suited for them, with some camps teaching more experienced children and employing higher skilled instructors. Most art camps also have an overarching project that all children work on while at camp, and then show off at a recital or show at the end, which parents are often invited to attend.

Sometimes similar to a typical outdoor camp, science camps explore nature in a much more in-depth and hands on experience than other camps or school can provide. Not only can kids learn about the forest and its inhabitants, but they learn about physics, geography and chemistry and how it relates to the natural world. Many kids question how the things they learn in school will relate to the real world, and a camp like this answers that exact question, with real world examples and life changing experiences for campers.