The Gift of ACA Camp 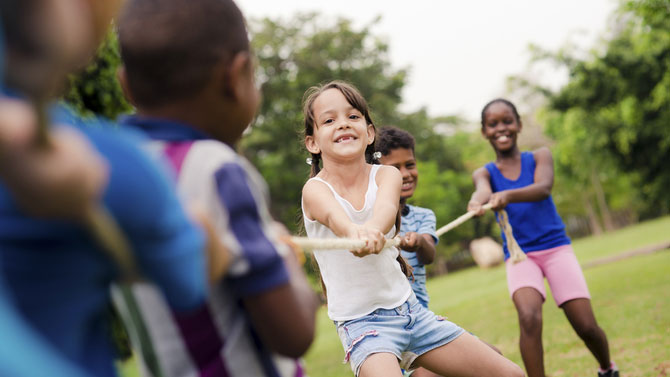 Here at Camp Live Oak, there are number of day camp days coming up including Teacher Work Day Camps and Winter Day Camps. These day camps offer lots of fun activities as well as significant adventures to get your kids moving during these often-lazy days of lounging on couch and watching TV or playing video games. Now is the time to plan for those upcoming out of school days and give your kids the advantages of increased physical activity and a host of other benefits.

Earlier this year a new study revealed that children who participate in day camps experience greater physical activity, even more than the standard recommended amount. The study published in the American Journal of Preventative Medicine and titled “Children’s Moderate to Vigorous Physical Activity Attending Summer Day Camps” delivered empirical evidence showing day campers are the beneficiaries of increased physical activity on a daily basis. The study asserts that of the 1,000 campers studied, 70 percent got more than the recommended 60 minutes of vigorous physical activity per day.

In another study by the American Camp Association® (ACA) showed even higher engagement levels – 80 percent of ACA camps campers enjoy enhanced physical activity in excess of the CDC’s recommended hour per day. Considering the CDC’s startling statistics that 17 percent of children are obese, this is positive news and more important than ever before. In addition to increased physical activity, ACA camps offer free, unstructured play which gets kids moving and helps develop crucial problem-solving and social skills.

In yet another study, the goal was to determine the relationship between the campers and their physical activities as well as social and organizational factors offered at the camps. In the study, which included both day camps and resident camps, the children participating in the camps met or exceeded the daily physical activity guidelines. Interestingly enough, social interactions played a role in the level of activity as well, with campers being even more active among peers. Also shown in the study results, camps with more focused on-going activities (intentional programming like that of ACA camps) resulted in increased activity among campers.

In each of these studies, campers not only met or exceeded the physical activity recommendations for their age groups but also enjoyed the added benefits of making new friends, while developing social skills and critical thinking skills, all benefits which will be invaluable later in life. Intentional programming and compassionate leadership at day camps is key in influencing participation by campers.

At Camp Live Oak’s Day Camps, families can expect a wide variety of activities that encourage physical activity, free time, and rest. Campers are encouraged to explore with the planned activities, walking with friends and having fun. The children and teens who attend Camp Live Oak’s Day Camps are invited and encouraged to try new activities that get them moving while at camp and continue the new activities after returning home. While competitions happen at Camp Live Oak, everything is done with the purpose of fun and encouragement and without an emphasis on always winning or being number one.