20 Crazy Facts About Our Solar System 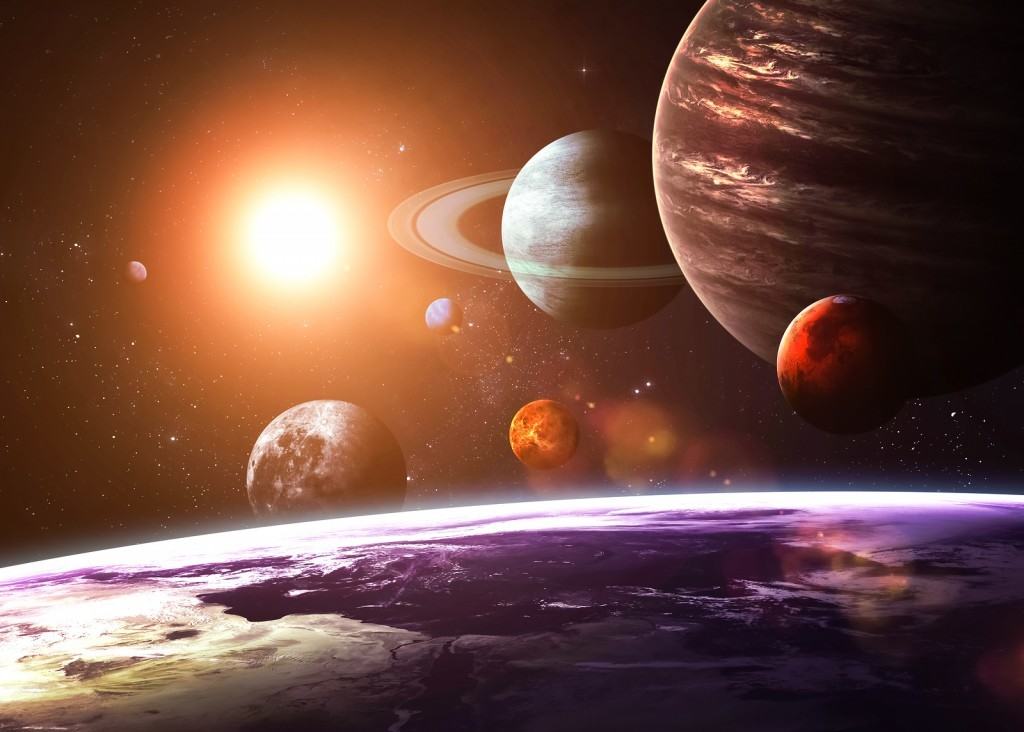 These crazy facts about our solar system will shock, wow, delight and inspire kids of all ages. Even adults will be surprised to learn many of these facts about space.

But first… what is our solar system? Our solar system consists of 8 planets that orbit around the sun. In order from closest to farthest from the sun the planets go as follows: Mercury, Venus, Earth, Mars, Jupiter, Saturn, Uranus, Neptune. After Neptune comes Pluto, which is no longer considered a planet but a dwarf planet instead.

Our solar system consists of more than just planets. Asteroids, comets, stars, moons and many other things make up the mystical solar system we call home.

1. The hottest planet is not the closest planet to the sun.

2. There are rocks on Earth that came from Mars… and we didn’t bring them here.

There are rocks found on planet Earth that came directly from Mars. Scientists know this because they contain pockets of gas identical to the chemicals found on Mars. It’s believed these rocks landed here due to an asteroid hitting mars and/or from a volcanic explosion on our neighboring planet.

4. Jupiter has had the same ongoing storm for 300 years and counting.

Jupiter has an area known as the Great Red Spot where a giant hurricane-like storm has been raging nonstop for 300 years. This storm has fierce winds of around 270 miles per hour. The stormy Great Red Spot is over twice the size of Earth.

5. Neptune has the fastest wind speeds.

Without the weight of gravity holding you down, you’re spine is able to expand to its full capacity in outer space. Some people grow as much as 5cm taller in space compared to on Earth.

7. The skin peels off your feet in space.

Due to the micro-gravity environment found in space, astronauts do not use their feet to walk. As a result, the skin on their feet begins to soften and fall off. Astronauts tend to wear the same socks for days at a time, due to the lack of washing machines. When they do remove their socks they have to be extra careful about it, otherwise dead chunks of skin go flying everywhere.

8. Space isn’t as far away as you might think.

The Karman Line, located around 62-miles above Earth, marks the technical starting point of space. If you could drive your car straight up into the sky you’d reach this mark in less than one hour—that’s less than some people drive to work each day!

‘Space junk’ is defined as any man-made object floating around in space. Scientists estimate there are at least 500,000 pieces of space junk currently in orbit. These include fragments from satellites and rockets, as well as tools dropped during construction of the International Space Station.

10. There are more stars in the universe than sand on all of Earth’s beaches combined.

There are so many stars in our solar system that they outnumber the tiny grains of sand that litter all of Earth’s beaches combined. Just within our galaxy, The Milky Way, there are an estimated 200-400 billion stars. (Read 14 Fun Facts About Stars To Get Your Kids Excited About Astronomy)

11. A NASA space suit is easily the most expensive outfit, like ever. 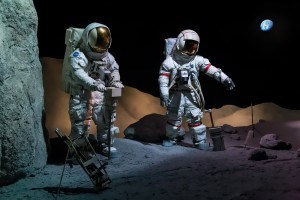 A full NASA space suit costs a cool $12 million. The majority of the cost relates to the backpack and control module.

Another fun fact about fancy space suits: The middle layer of the suit is made to blow up like a balloon and suction to astronauts’ bodies in order to prevent them from boiling up in space.

12. Scientists predict there’s an entire planet made out of diamonds.

It may sound too glamorous to be true, but researchers out of Yale University have identified a rocky planet known as 55 Cancri e that appears to be made out of graphite and diamond. The planet has twice the radius of Earth and is eight times greater in mass. Located 40 light years away, you can actually see 55 Cancri e with the naked eye.

13. There are footprints on the moon that won’t disappear for 100 million years.

Every single footprint left on the moon will remain solidified in time for approximately 100 million years. That’s because there’s no wind or water on the moon to erode and wash away surface prints.

14. The mass of the sun takes up the majority of the solar system.

15. The sun is trying to pull planets towards it at all times.

Gravity on the sun is so strong that it is constantly trying to pull the other planets towards it. The planets are hard at work trying to pull in the opposite direction. As a result, the planets end up sort of floating in the middle around the sun. The gravity of the sun is responsible for keeping the planets in orbit.

Around 45% of Americans don’t know that the sun is actually a star, and the most brilliant star of all. Without the intense heat, energy and light given off by our sun there would be no life on Earth.

17. Not every point of light in the night sky is a star.

All of those twinkling lights stretched out above appear to be stars, and while most of them are, some are not. Man-made satellites, distant planets, the moon and far-away galaxies give off light that can make them appear as stars from all the way here on Earth.

18. The Milky Way Galaxy is estimated to be one of billio 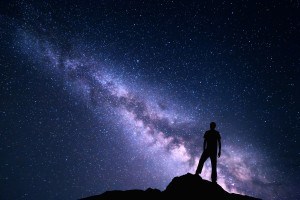 There are billions of other galaxies out there similar to our home in the Milky Way. In fact, our intricate galaxy is one of billions known to be floating out there in space.

19. Our solar system is about halfway through its estimated life cycle.

Our solar system is estimated to be in the neighborhood of 4.6 billion years old. Scientists estimate it will survive another 5 billion years.

20. At times you can see Venus with the naked eye.

Venus is the brightest planet in the solar system due to the yellow clouds made of sulfuric acid that work to reflect the sun’s light. If you know where to look you can sometimes see Venus with the naked eye.