Every Kid in a Park Initiative: Receive Free Admission to All National Parks

Every Kid in a Park Initiative: Fourth-Graders Receive Free Admission to All National Parks in 2015-2016 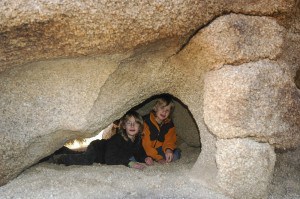 President Obama announced Thursday that starting this fall, all fourth-graders and their families will receive free admission to all national parks and public land in the country. It is part of the President’s get Every Kid in a Park initiative, and it goes along with the First Lady’s goal to get kids more active.

Starting this 2015-2016 school year, fourth grade kids and their families will get to enjoy our national parks, lands, wildlife refuges and waterways for free. The cost of a family pass into most parks is around $80. If a family of four visits a few parks, the savings will certainly add up. With kids today spending more and more time inside and staring at computer, T.V., and phone screens, this initiative comes at a great time.

In addition to giving fourth-graders free passes into national public lands, the initiative will also give kids, their family and teachers educational information on national lands, and will create incentives to get them to the parks as well.

– Informational material will be provided to schools and teachers to help direct families and classes to local public parks and land. These will be in the forms of websites and information packets at schools.

– Transportation initiatives and awards will be given out by the National Park Foundation, focusing on schools and areas with the most need. The thought here is that many kids are not able to get to parks or lands that are a fair distance away. Instead of making every parent responsible, it will also encourage schools and teachers to take field trips to nearby parks. Called the Ticket to Ride program, it is part of the Get Every Kid in a Park initiative.

– Using websites and material that the NPS already uses, it will provide educational material to kids, families and teachers. A number of federal agencies, including the Bureau of Land Management, Forest Service, Fish and Wildlife Service, National Oceanic and Atmospheric Administration, Department of Education, and NPS participate in Hands on the Land, a national network of field classrooms and agency resources that connects students, teachers, families, and volunteers with public lands and waterways.

– The initiative is part of a 2016 budget that allows $20 million to go directly to the National Park Service to get kids active and into parks. Part of that $20 million will also be directed towards the staffing of park educators to bring information and education about the parks to kids and their teachers and families. To see the fact sheet on this initiative, visit http://www.whitehouse.gov/the-press-office/2015/02/19/fact-sheet-launching-every-kid-park-initiative-and-designating-new-natio.

Twenty seven states have national parks, which are areas protected by the national park service. The first national park was Yellowstone back in 1872 and the three largest parks are in Alaska. The Great Smoky Mountains, in Tennessee and North Carolina, is the most visited park in the country with over 9 million visitors per year, followed by the Grand Canyon with around 4 million. You can visit the National Park Service website to check and see if there is park near you, or in your state, (here). This site is also a great place to start your planning for a park trip. Not only does it describe the parks terrain, wildlife and ecosystems, but it also has updates on closings and events.

National parks are considered and designated by congress based on natural beauty, unique geological features, unusual ecosystems, and recreational opportunities. National monuments, in contrast, are typically chosen for their historical or archaeological significance. Both of these protected areas, along with waterways and wildlife refuges, are part of the “Every Kid in a Park” program.