What Planets Can You See With The Naked Eye?

HomeBlogBlogWhat Planets Can You See With The Naked Eye? 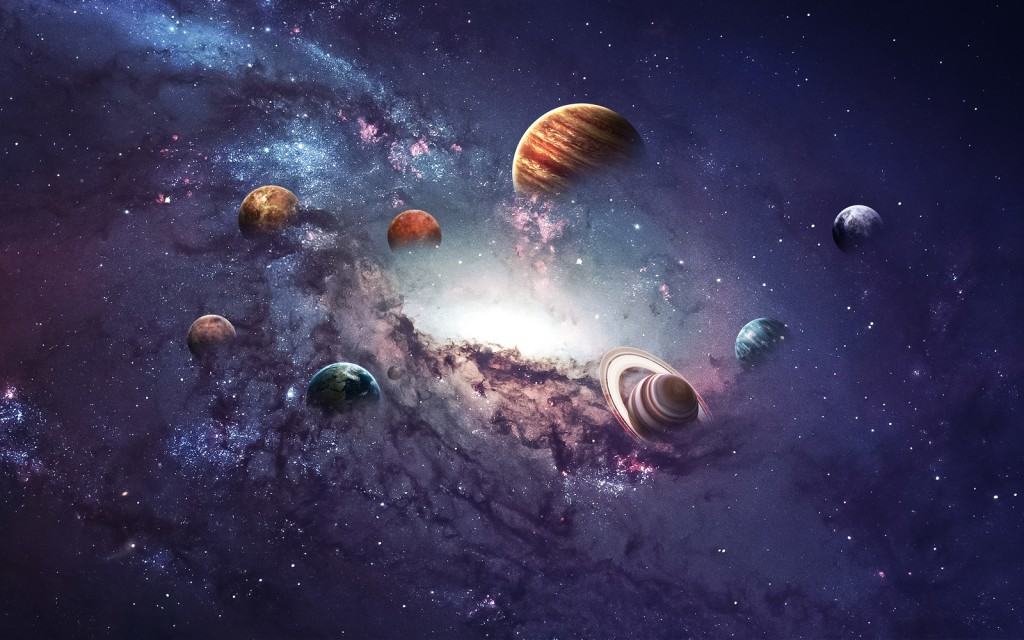 The five brightest planets are Mercury, Venus, Mars, Jupiter and Saturn. So long as you know when and where to look you can spot all five of these spectacular planets, just as people have enjoyed doing since ancient times.

All of these planets may not be visible at the same time. The overall brightness and visibility of each planet varies depending on the point in its regular cycle and other factors.

Planets do not generate their own light; instead we are able to see them because they reflect a portion of the sun’s light back out into space. This is known as albedo, and the amount of sunlight reflected on a given night depends on cloud coverage, the size of the planet, and the actual reflectivity of its surface. The planet’s distance from the sun, apparent size and relative positioning to other planets impacts if you can see it with your naked eye or not.

Looking up at the sky during the early morning hours before sunrise often promises the best planetary viewing opportunities.

When Can You See Saturn?

May, June and July are great months for viewing Saturn because it’s at its brightest and it remains visible all night. Saturn rises in the east, moves across the sky and sets to the west.

Into late May and early June, Saturn is in opposition with the sun, meaning it rises when the sun sets. At this point it’s easiest to spot Saturn by first locating the sun and then looking to the opposite corner of the sky.

Saturn, Mars and Antares (brightest star in Scorpius the Scorpion) form a noticeable triangle that can be helpful in identification.

When Can You See Mercury?

Mercury sits low in the sky and close to the sun, qualities that make it rather difficult to spot but not impossible. Mercury is best viewed whenever it sits high above the horizon. Mercury is easiest to spot during predawn when you’ll find it in the eastern portion of the sky. In the Northern Hemisphere it’s easiest to see Mercury between April and May during the evening and October and November during the morning.

Mercury becomes brighter throughout November as it makes its way around the sun. At the start of November, Mercury rises around 90 minutes before sunrise, so your best chance at seeing it is an hour prior to dawn. Another good time to see Mercury is an hour after sunset.

When Can You See Venus?

Venus is so bright that it is often lost to the glare of the sun in June. Aside from the month or two that Venus disappears to the far side of the sun it can be viewed most of the year.

Venus orbits in closer proximity to the sun than it does to Earth so it’s easiest to find by first locating the sun. Venus can be seen in the west during the evening and to the east in the early morning before the sun rises.

Venus appears as a bright light, you’ll need to use a telescope in order to see anything more.

When Can You See Jupiter?

Jupiter is the fourth brightest celestial object just behind Venus. Since Venus is lost in the glare of the sun in June, it makes for a great opportunity to see Jupiter. Jupiter shows itself in the western portion of the sky.  In fact, Jupiter is considered the brightest star in June.

Compared to Mars and Saturn, Jupiter shines the brightest.

When Can You See Mars?

You can see Mars from dusk until dawn. As evening descends it sits low in the southeast sky. Mars gives off a notable red coloring that differentiates it from other planets. For instance, Jupiter shines bright white.

Mars is located in direct opposition from the sun, which means when the sun rises, Mars sets and visa-versa. Mars is highest in the sky around midnight, making it easier to spot. Mars sits close to the moon and appears as the brightest object in the sky aside from the moon and Jupiter.

When looking at Mars, you should be able to see the bright star Antares as well as Saturn.

Mars is better viewed with the naked eye, as it is rather small and disappointing when viewed through a telescope. After Mercury, it is the smallest planet in our solar system.